The Native Americans believed that a camera is capable of capturing a person’s soul. I tend to agree. I feel very uncomfortable having my picture taken. In our days, selling perfection through filters is part of our daily routine and business marketing. And to that, we expect immediate feedback and positive reassurances. I couldn’t help but wonder if a selfie presentation can be genuine, emotional, exposing, and one that shows an X-ray vision that is not necessarily beautiful. Very much similar to my personal experience when having my picture taken and like the Native American belief - I wish to present the soul through images. The main obstacle in the creation process was me: The fear to express that inner me, the fear of publishing it to the world to see and judge, and then the absurd fear of knowing what the people’s verdict will be. Can it be accepted? Will it be appreciated? The responses I received were wonderful and intriguing, even though the desire for beauty is human and understandable. I used already-existing images and rough cuts to create something new-like turning existing letters into new sentences. I chose to use antique anatomic illustration to express and emphasize the inner layer peeling and the pain with it, and finally surrendering to the exposure. I chose flower illustrations as a motif of ideas and the inner world. The deer horns represent the differ feeling from society and the mainstream, while at the same time having the ability to attack for protection. Yet another controversial decision- I chose to use both sexes as a presentation of my personality since I believe that I have both softness and roughness in me. I published the series in steps of revealing, peeling layers, and nourishing the public responses. The first step/ collage, “Watching”, was cautious and external, and with time it became more and more personal and profound, until the last step- “Creation” that speaks about the place from which I create. The feedback changed as the aesthetics did. People asked to have their first collages as wall art, posters, and framed postcards, and as the process progressed, the reactions became more private and very intense. The most powerful moment after releasing “Open Heart” was a random encounter with a writer who told me that “Selfie_sh” inspire him to write. At that point, I decided to hand out prints of Selfie_sh. 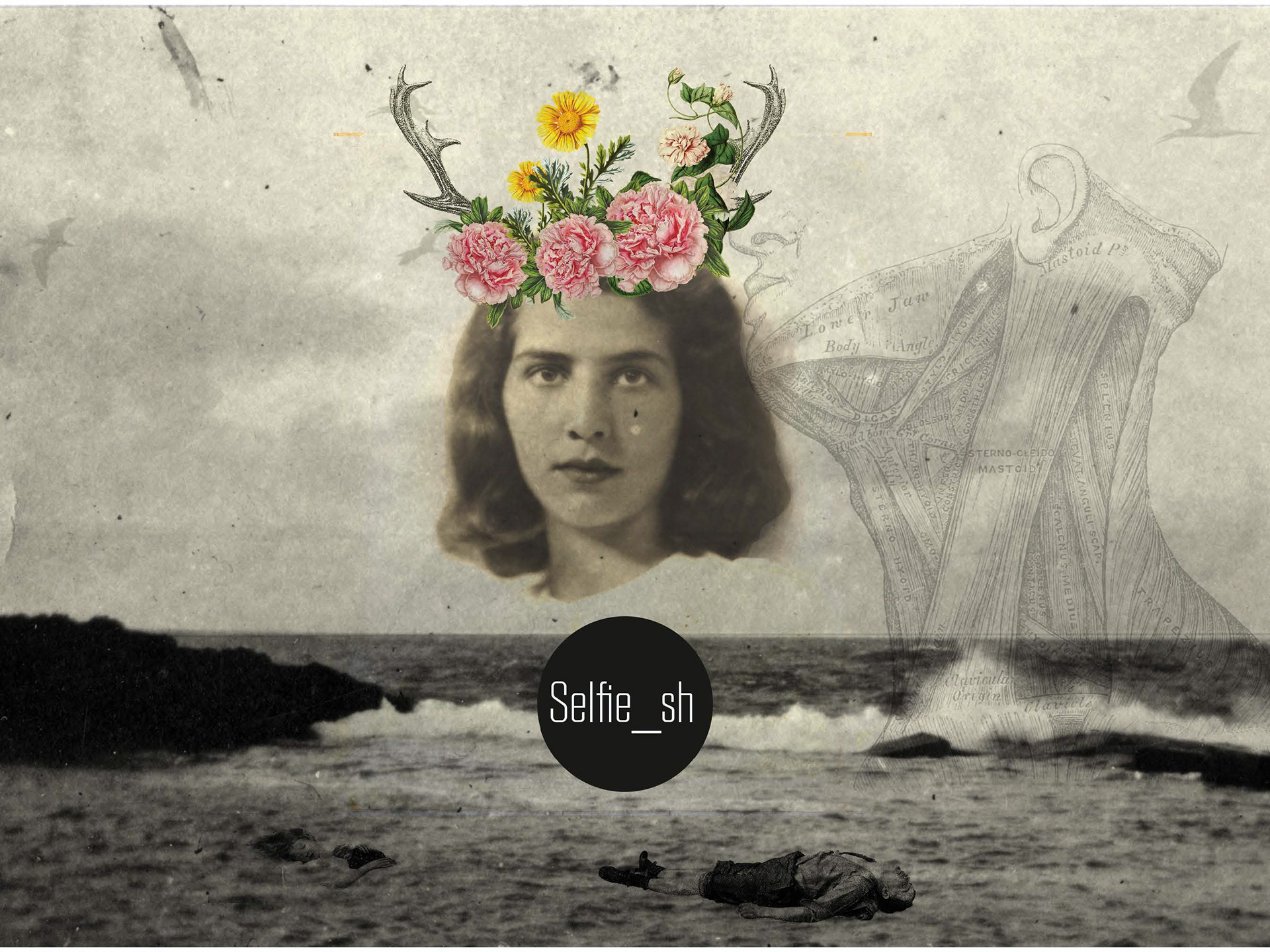 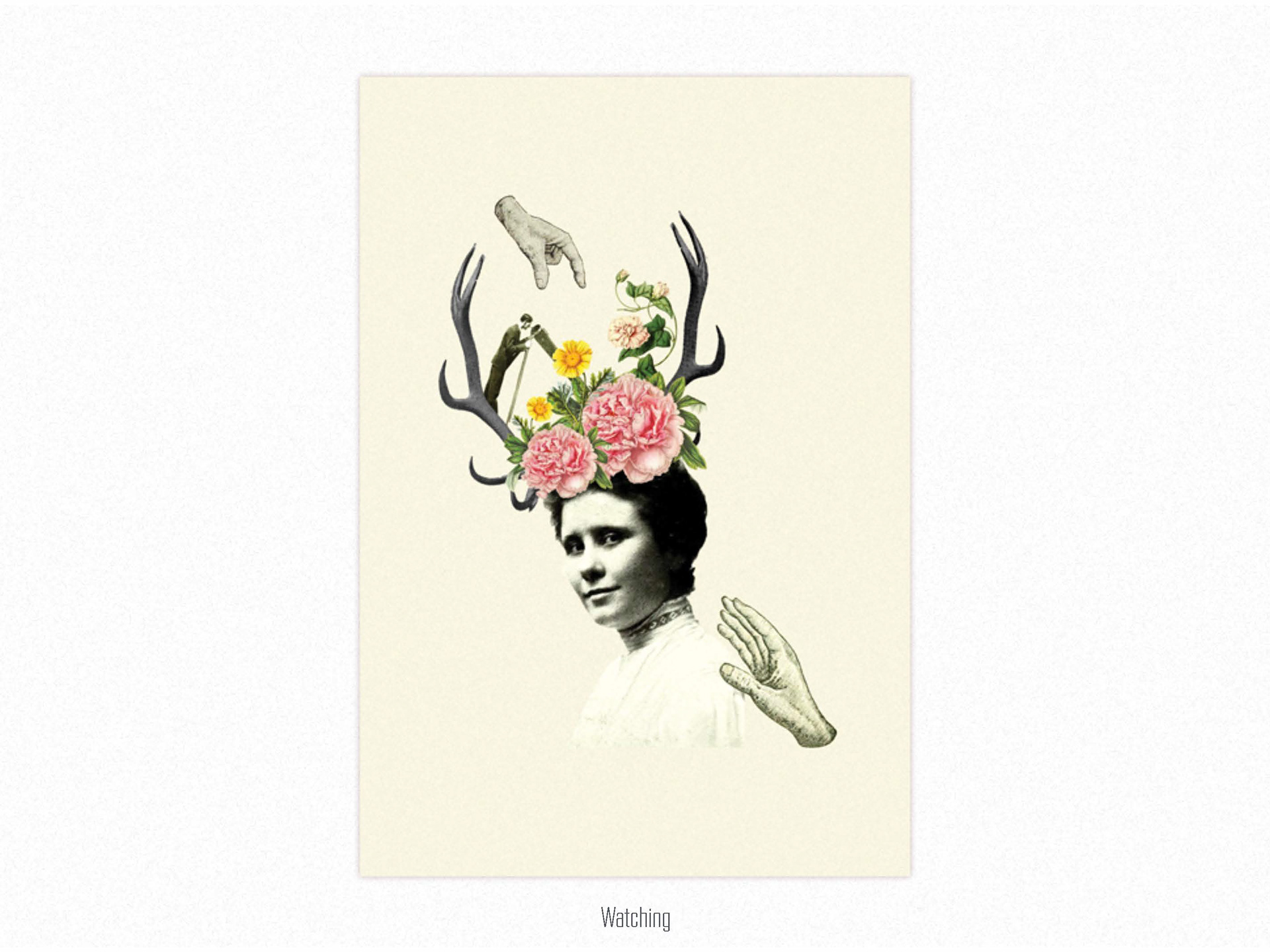 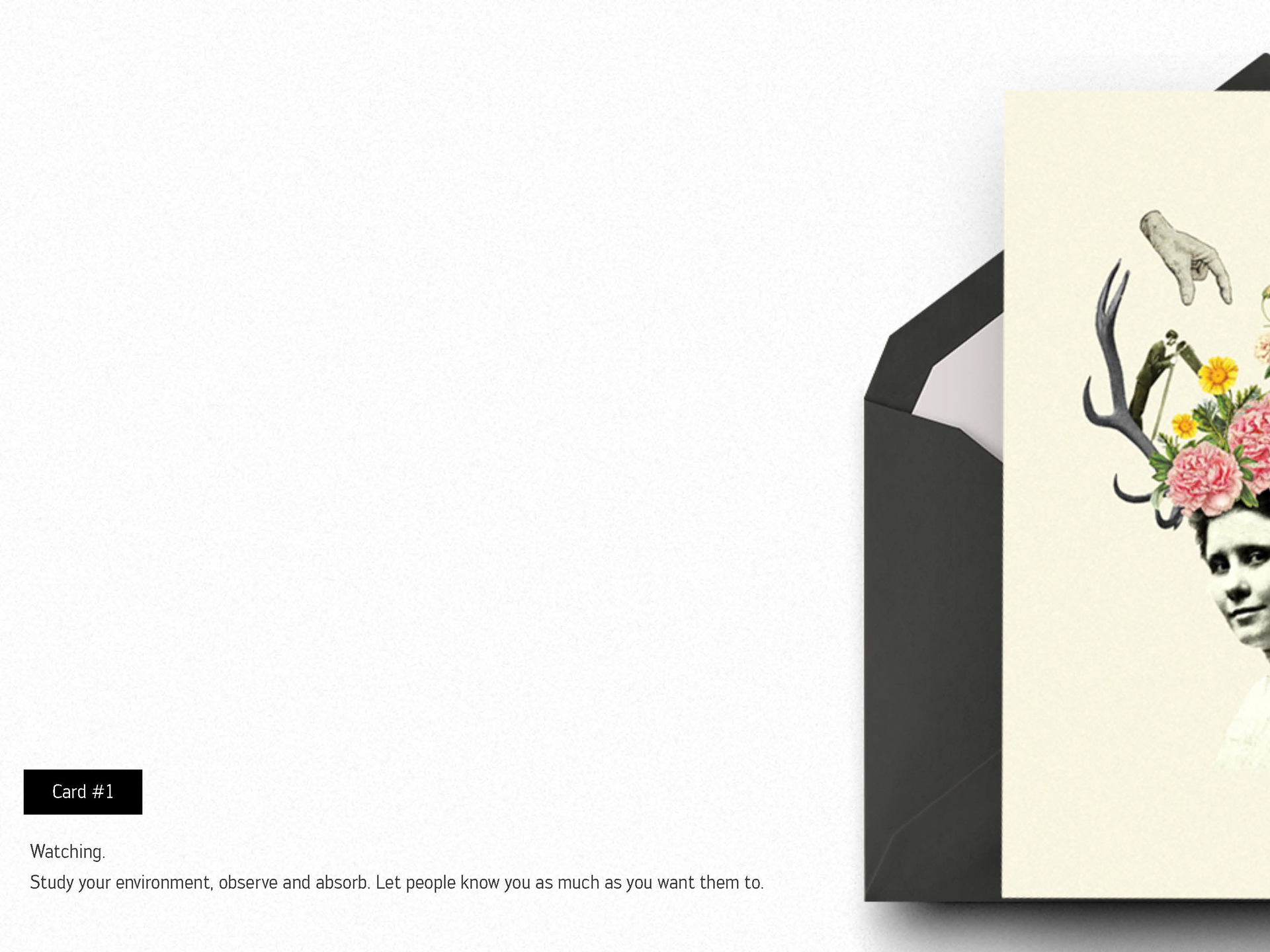 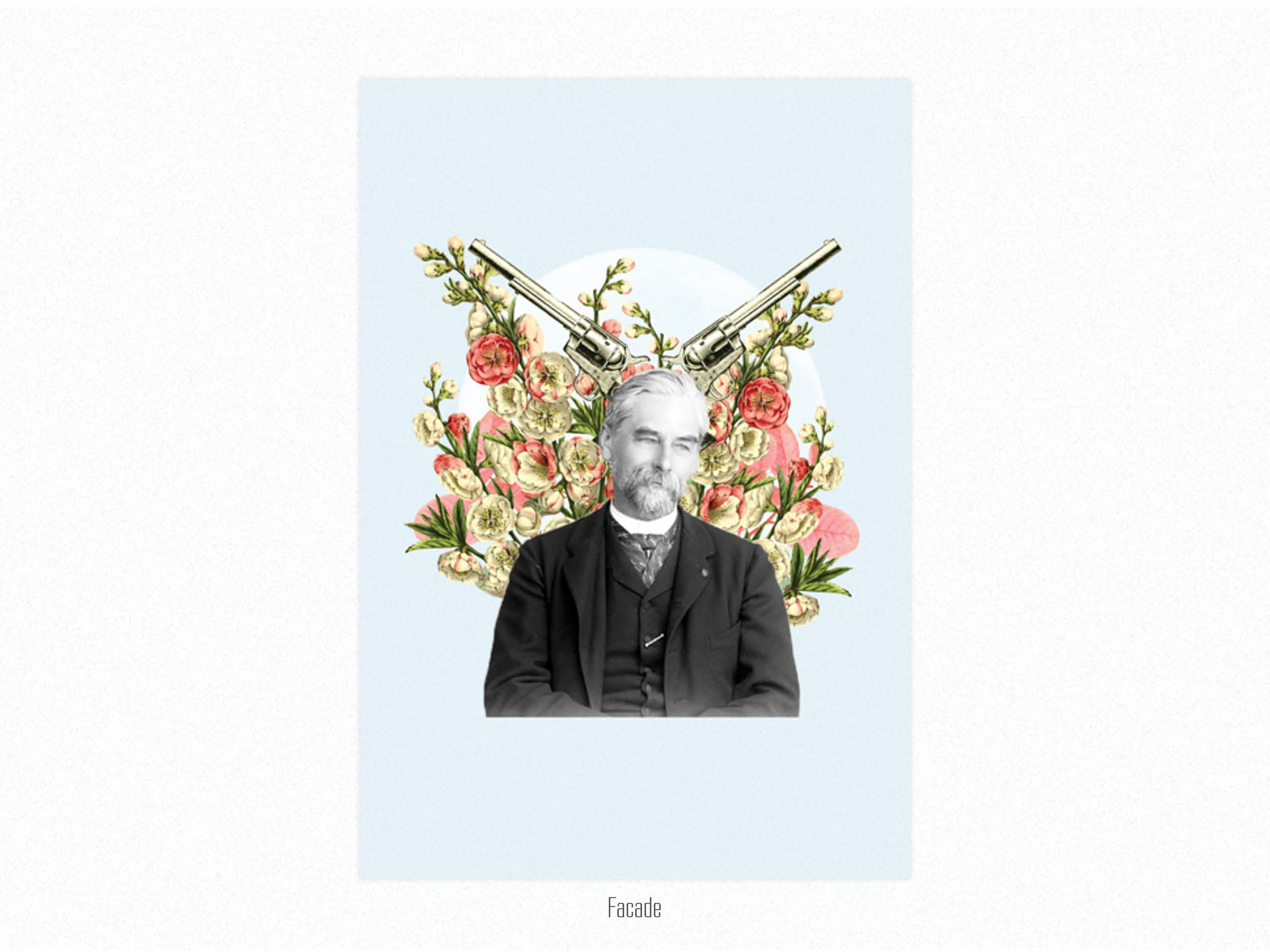 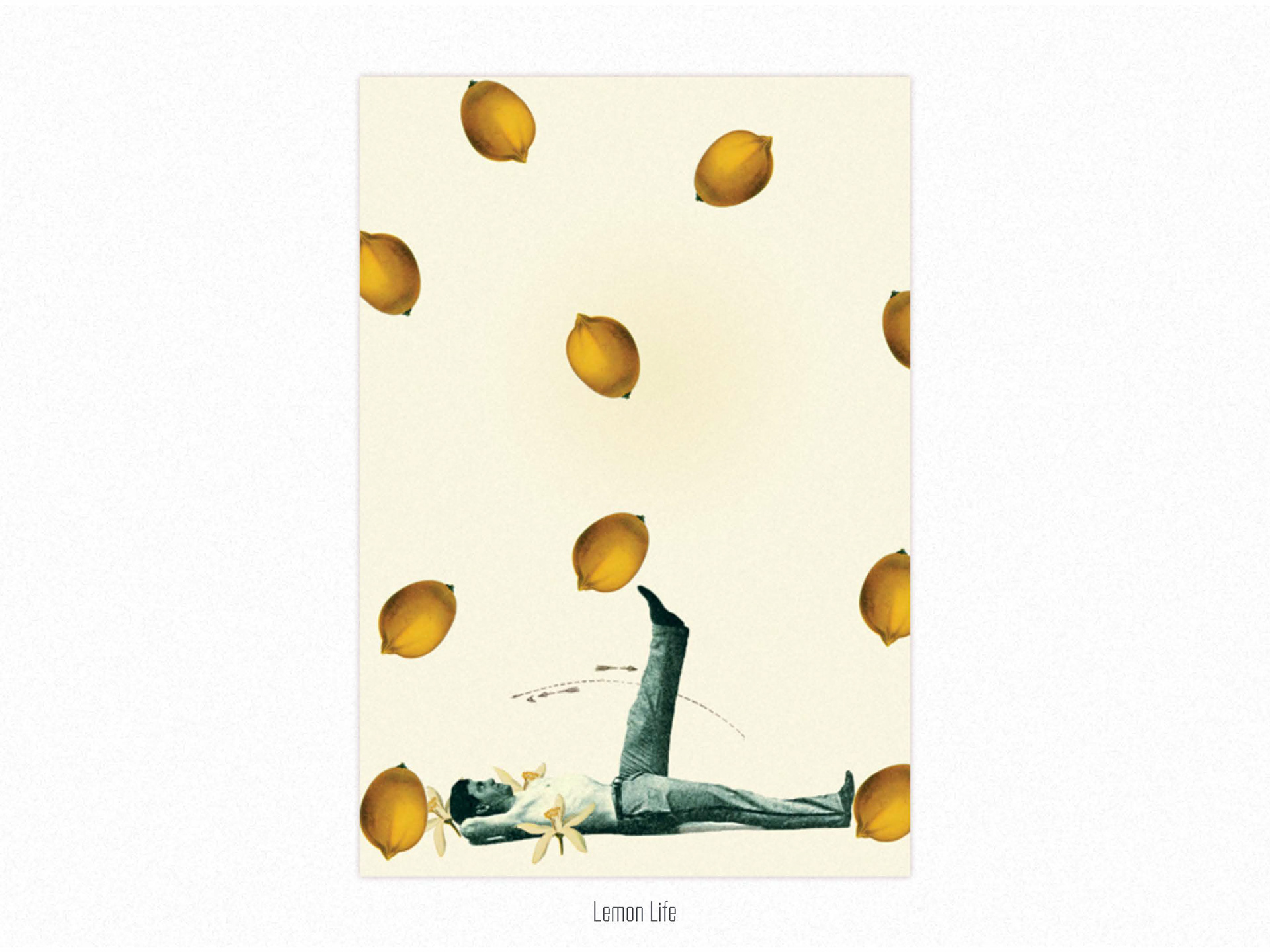 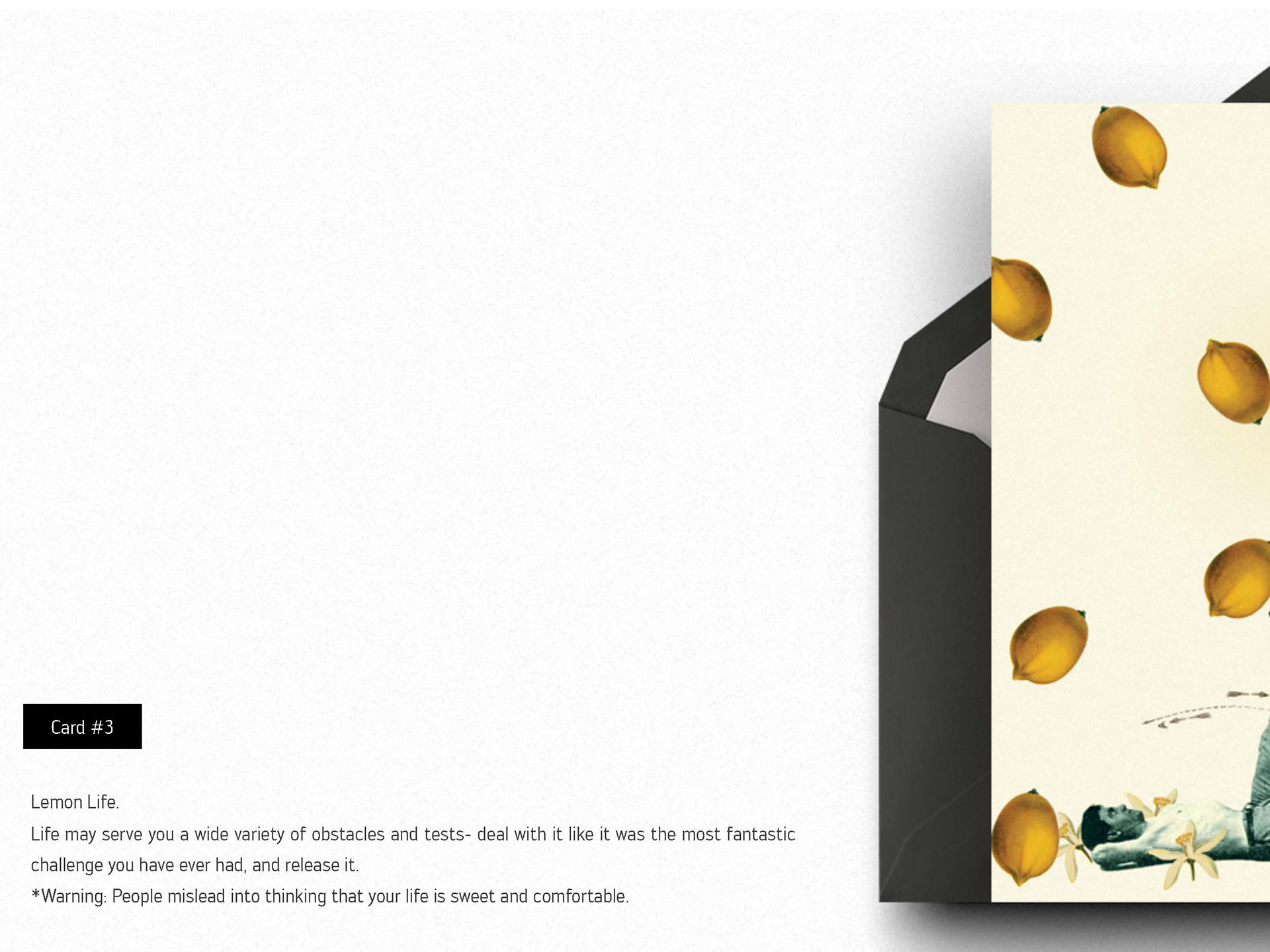 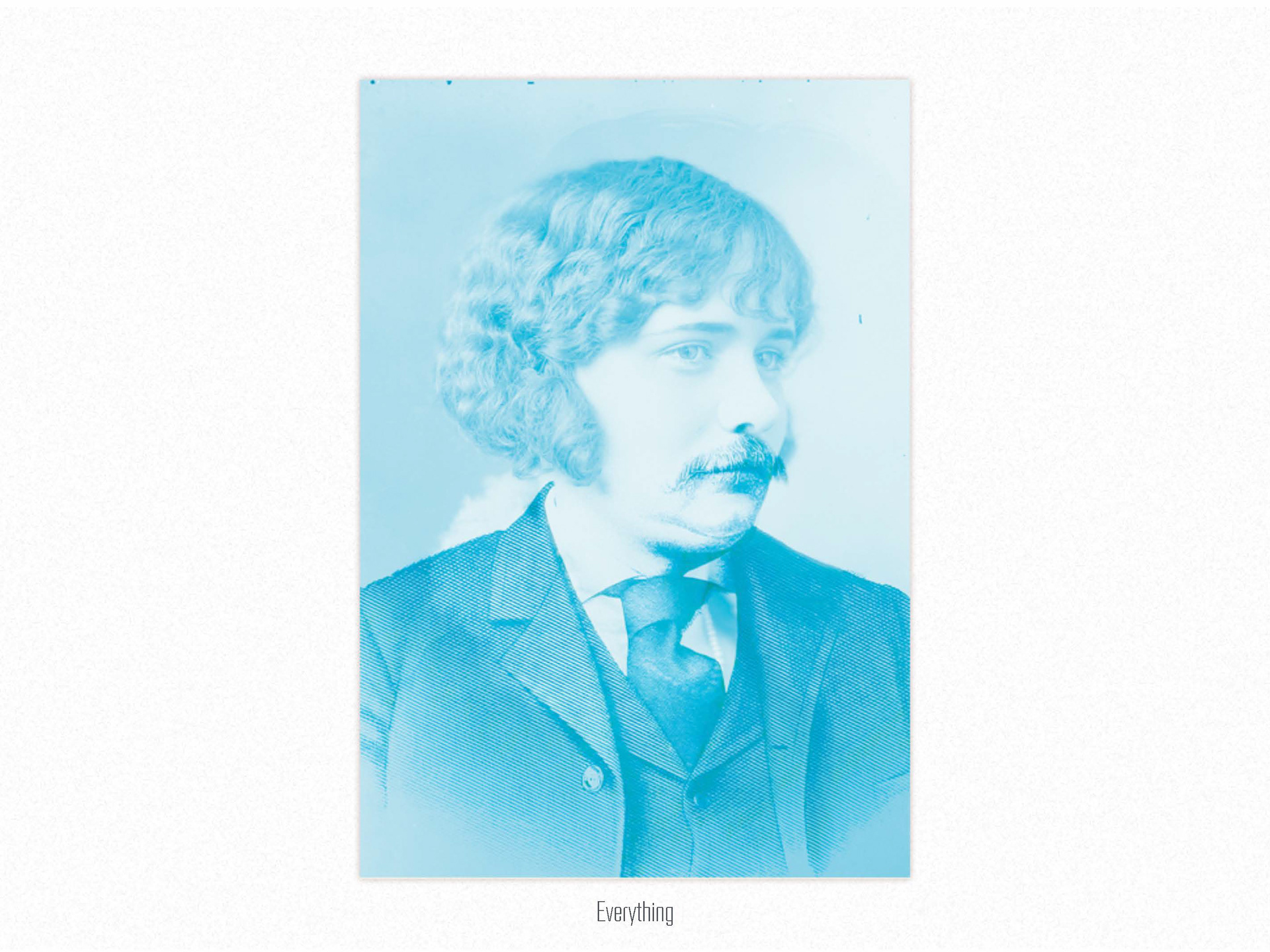 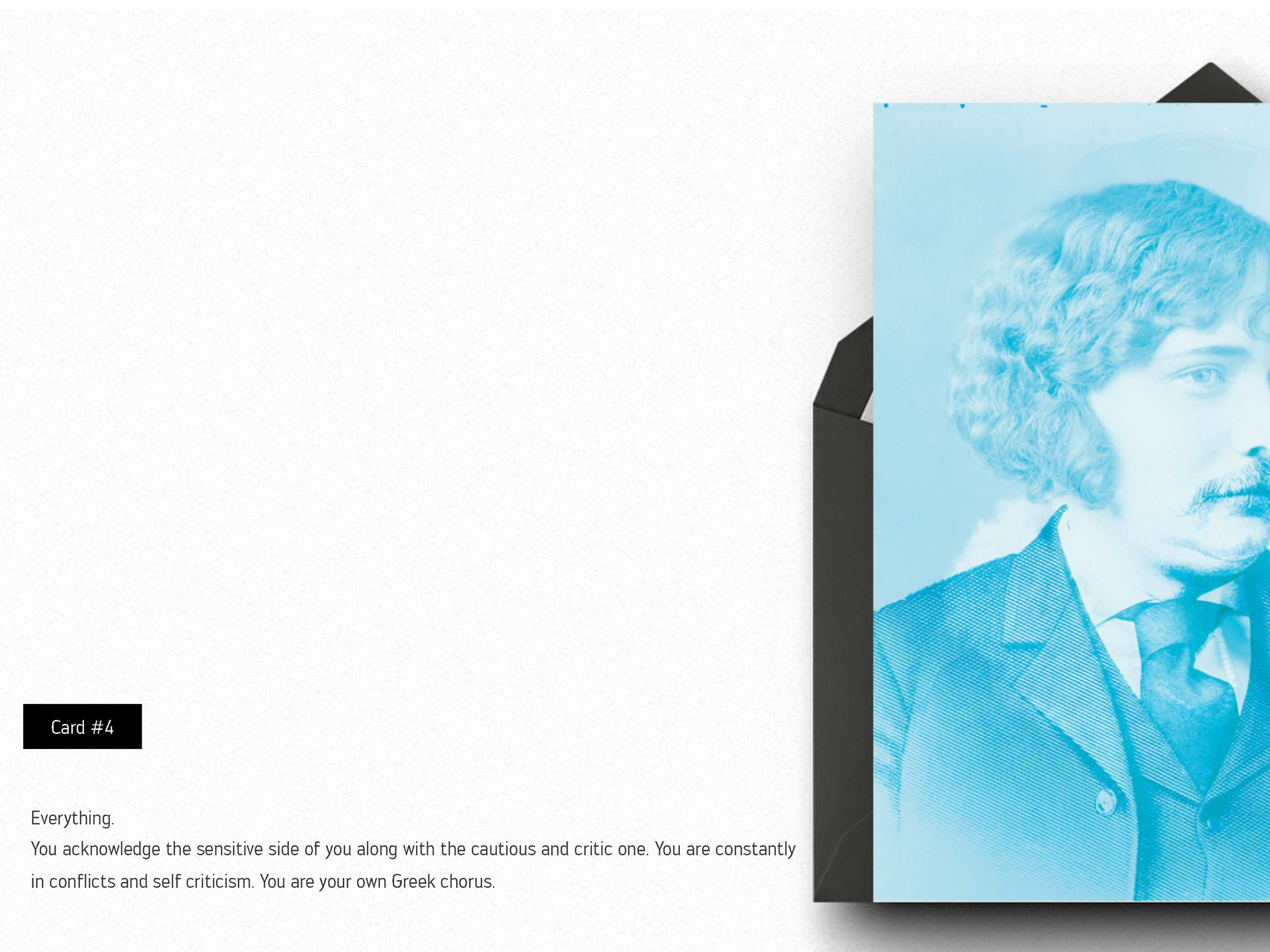 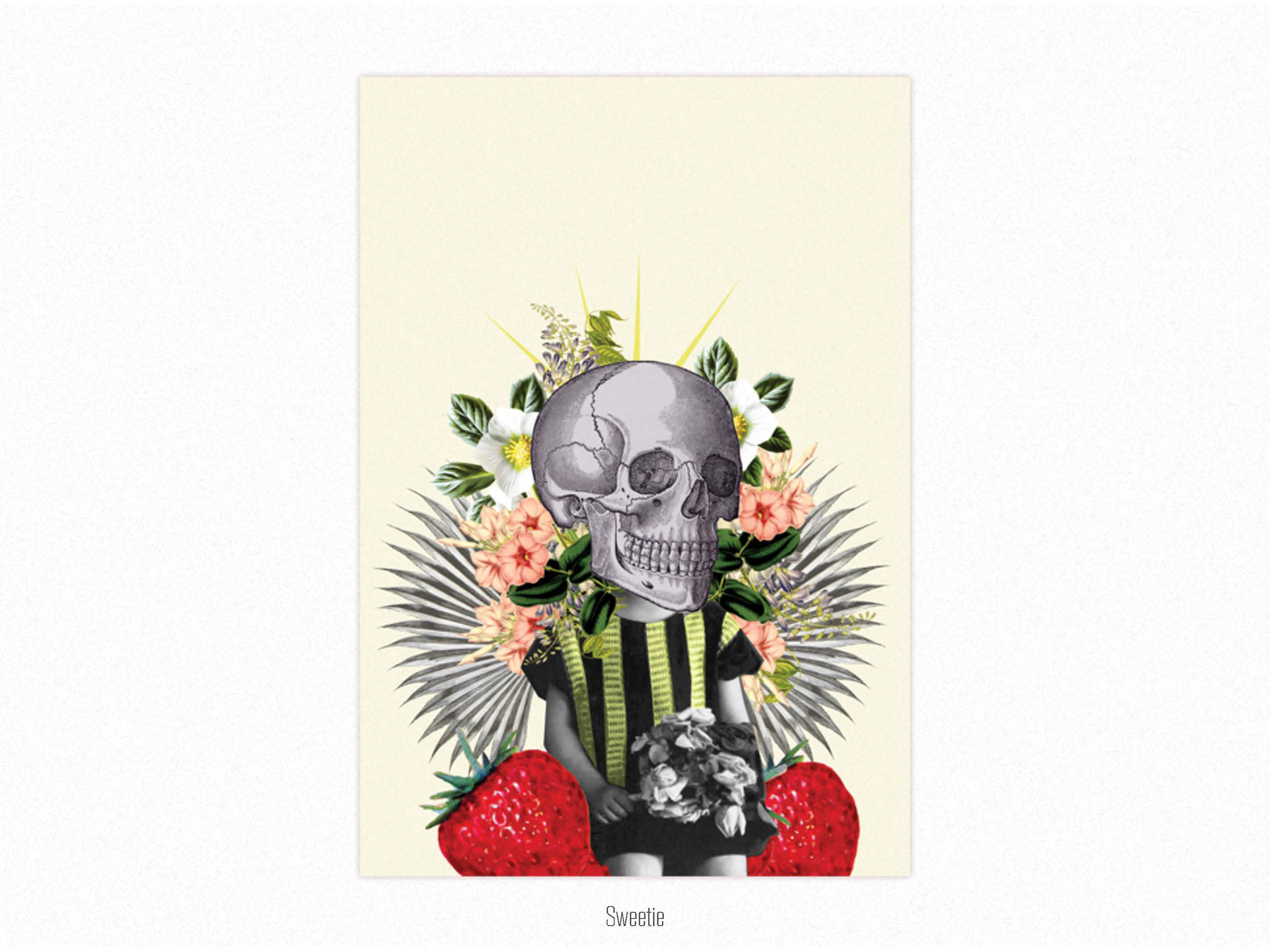 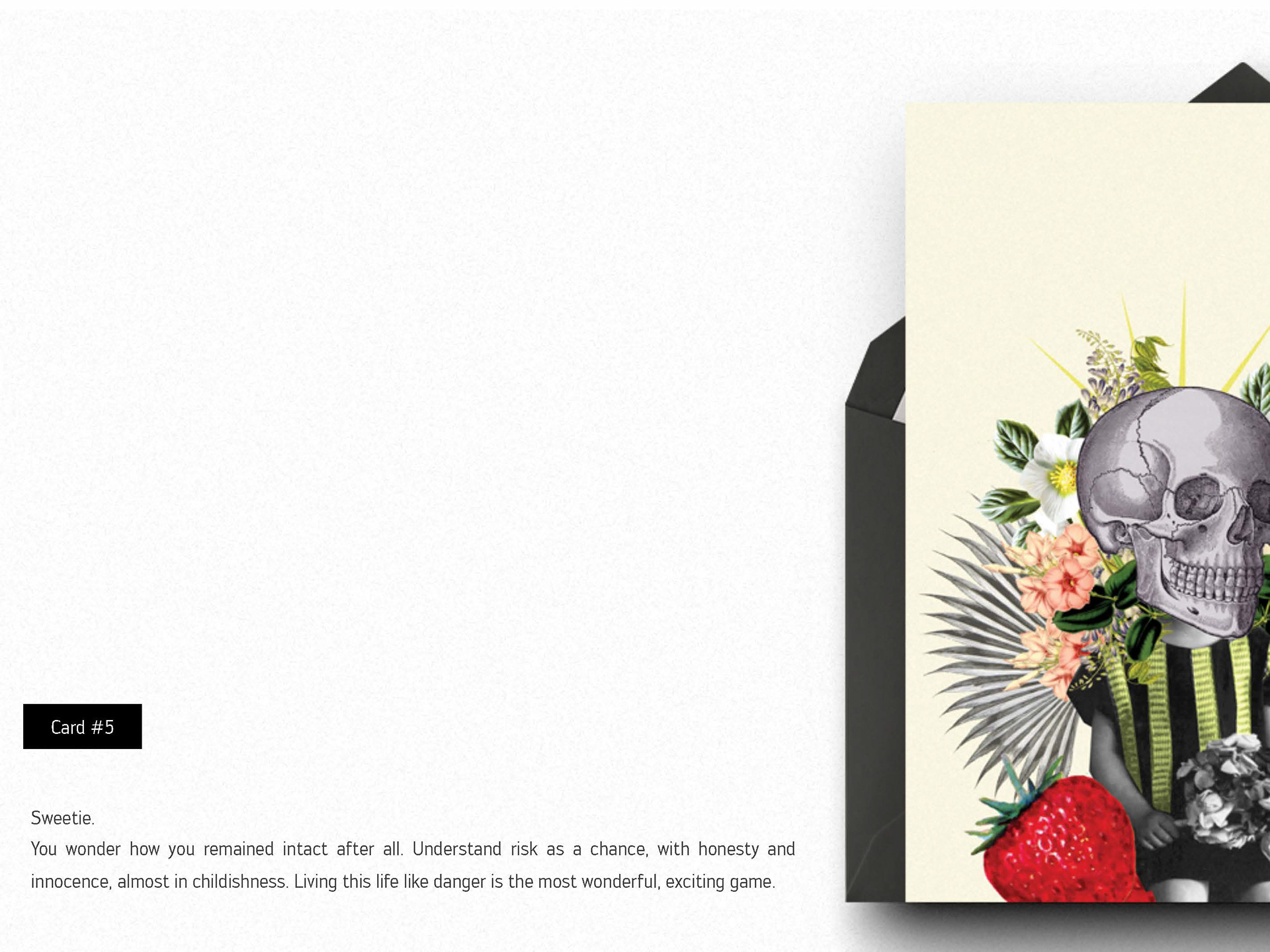 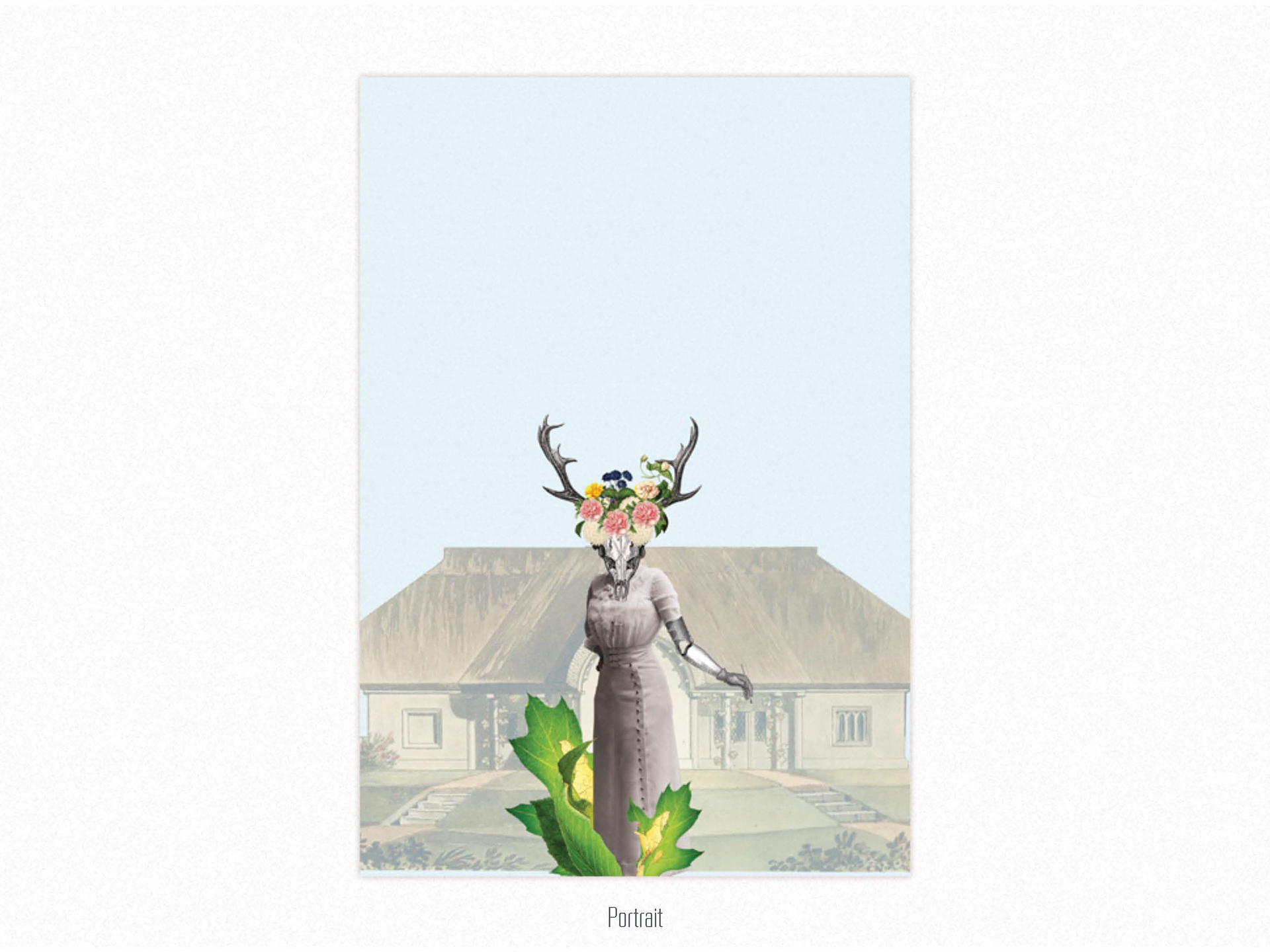 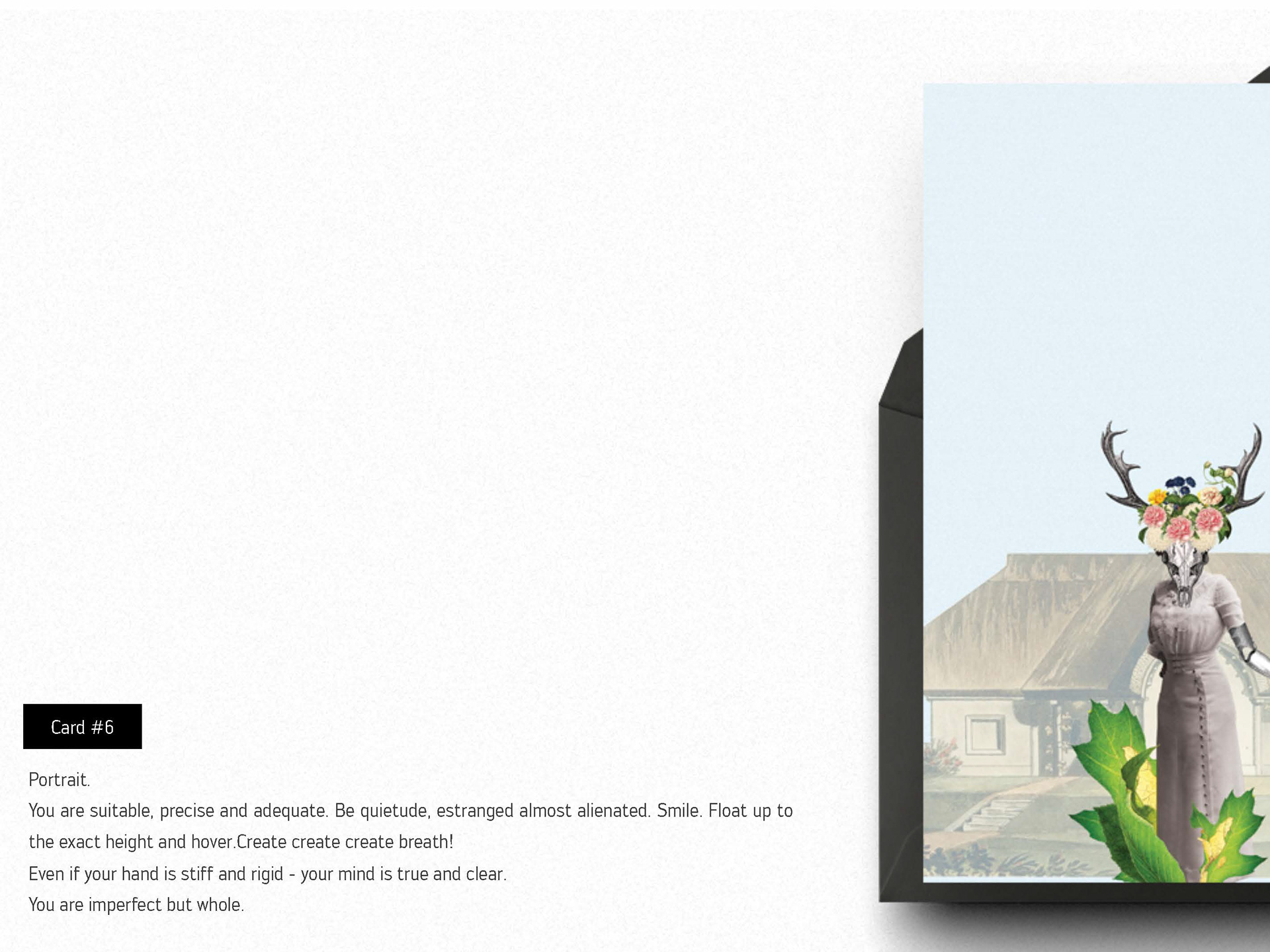 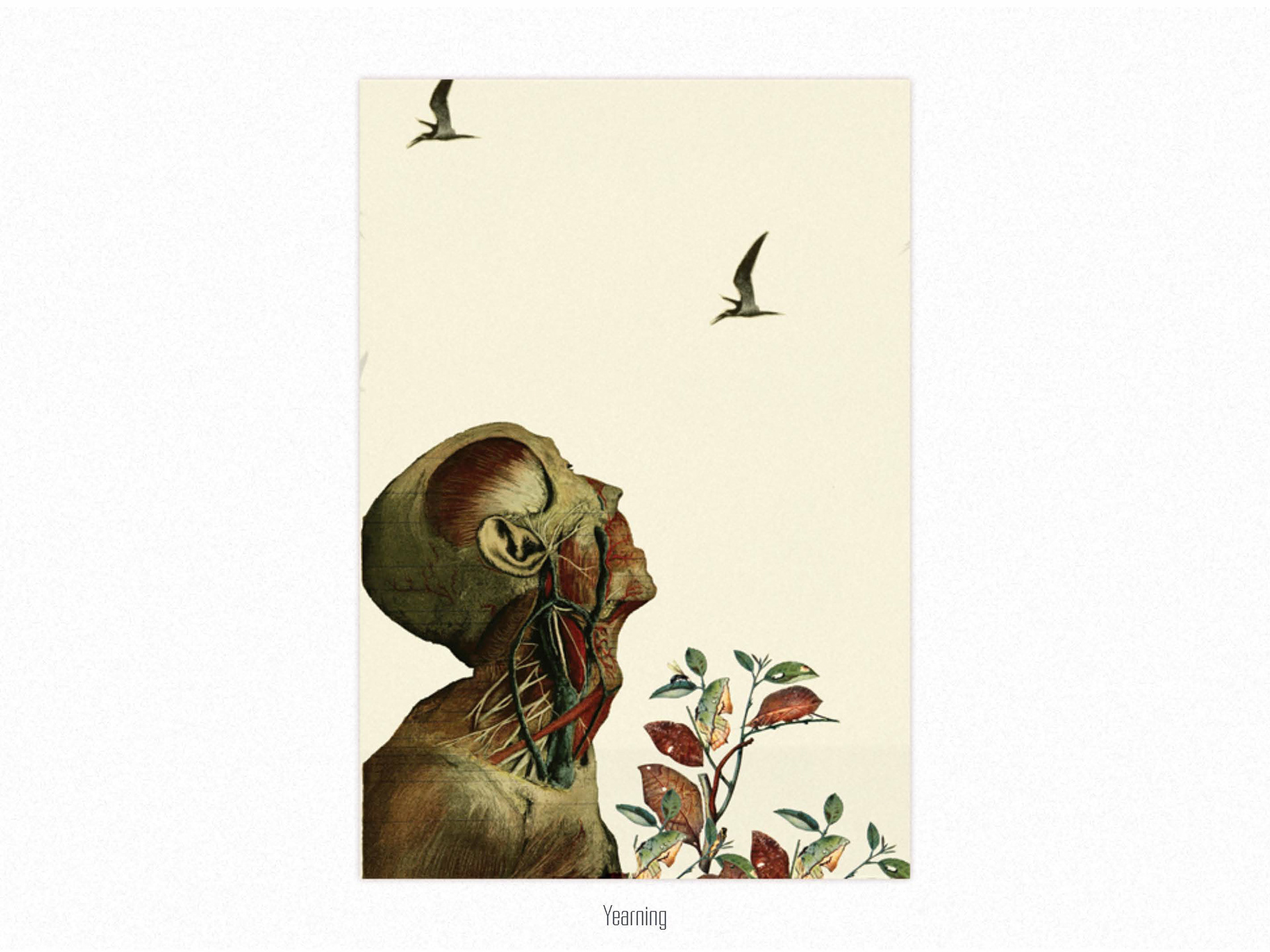 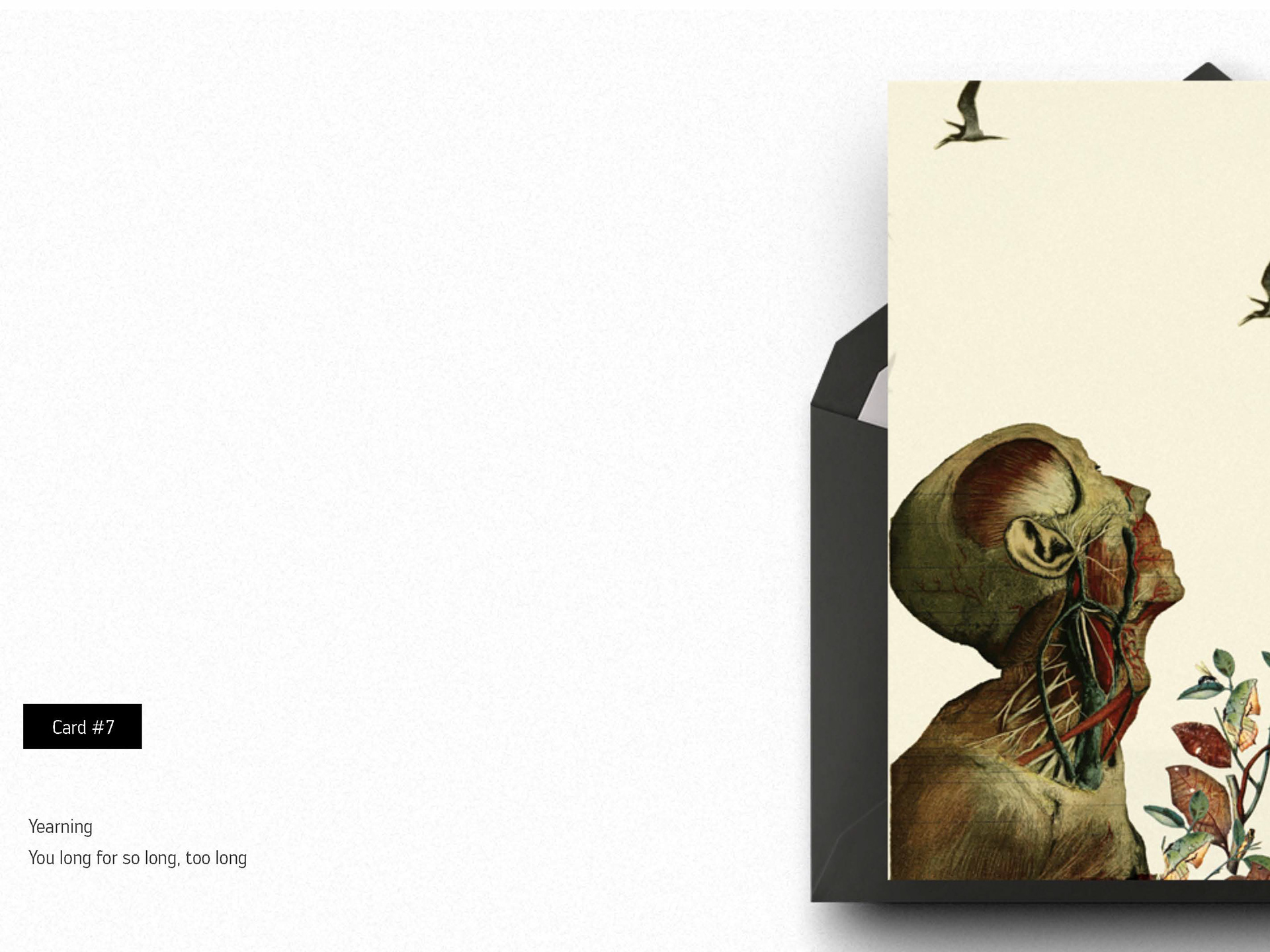 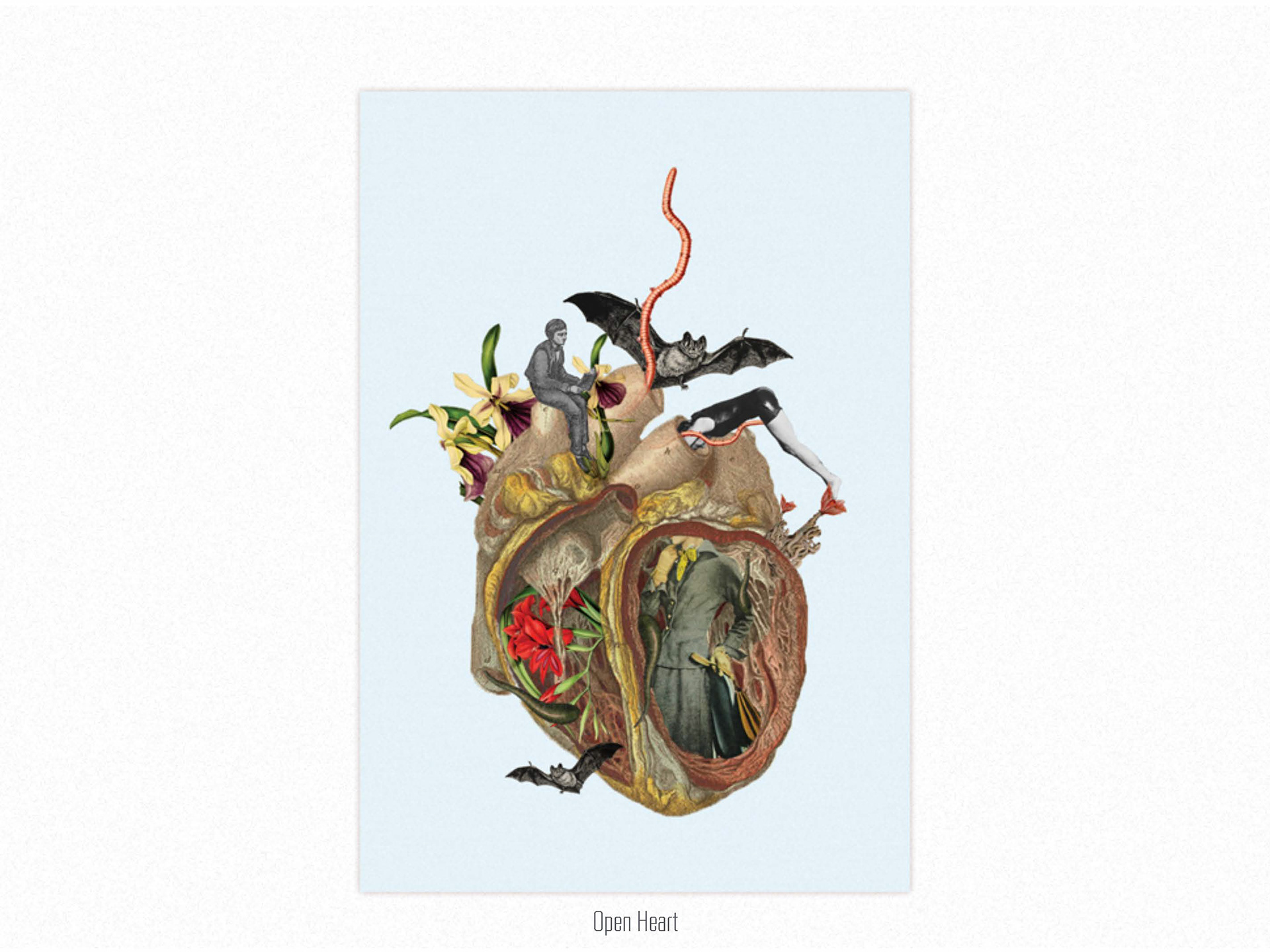 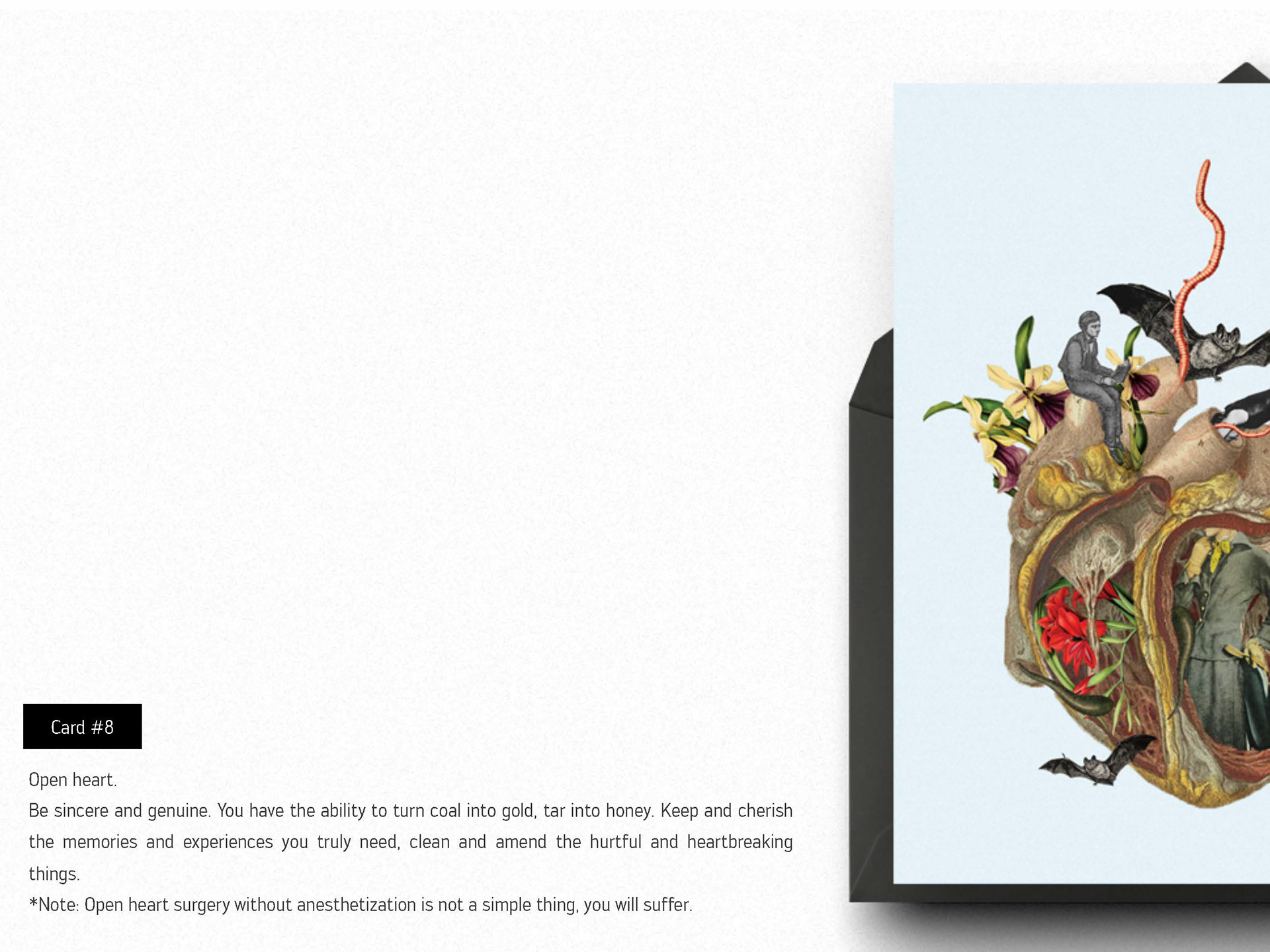 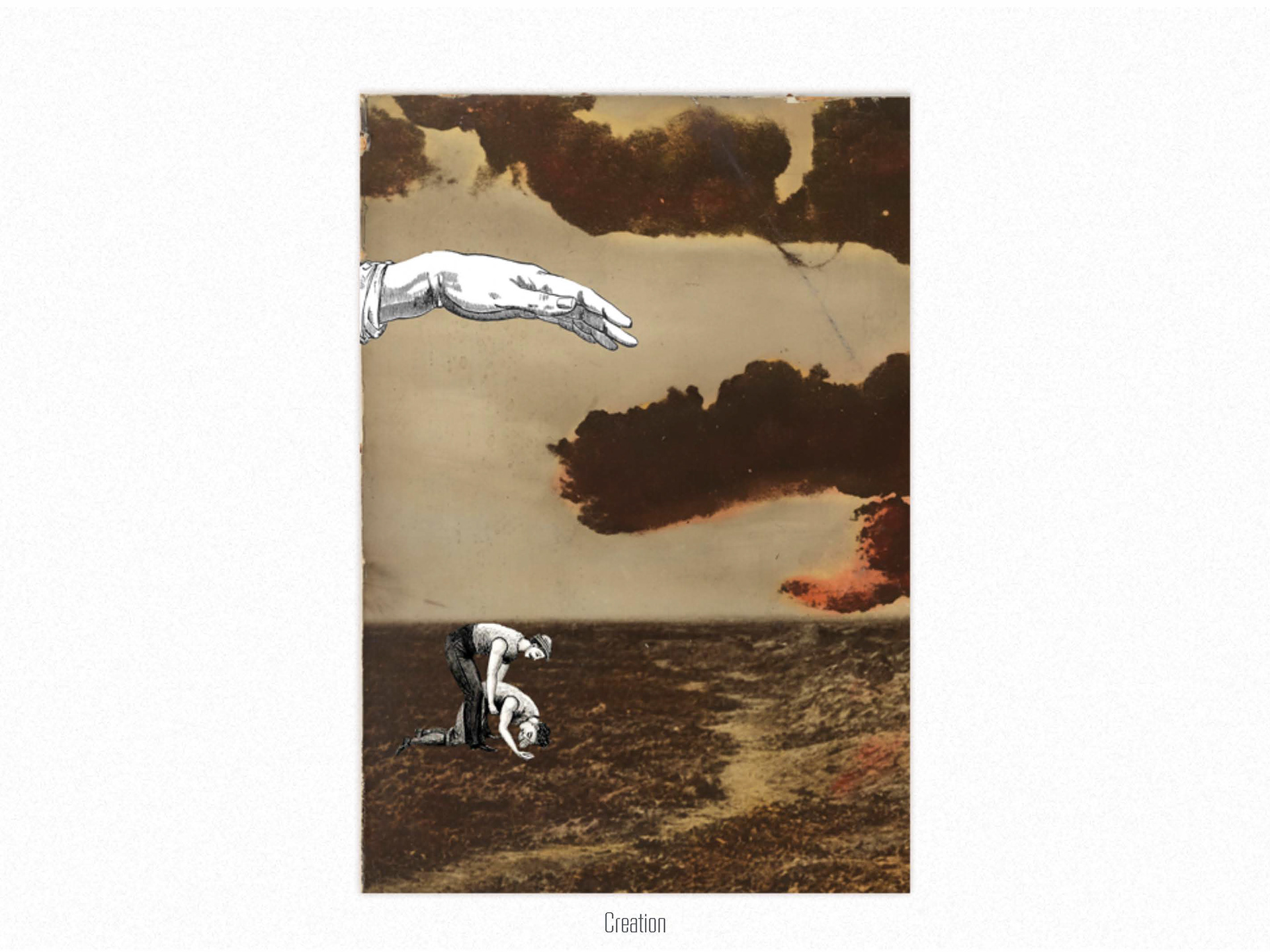 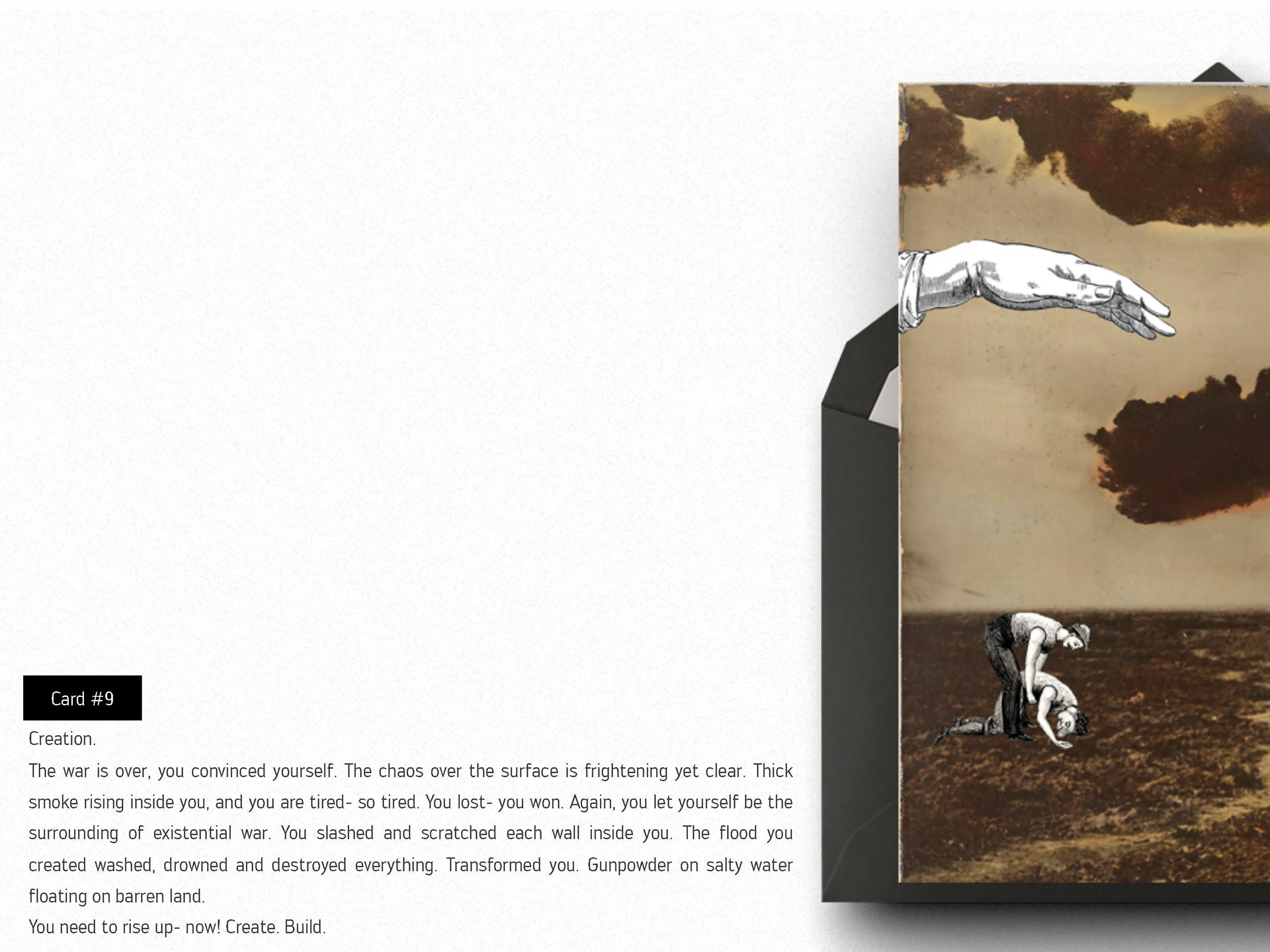 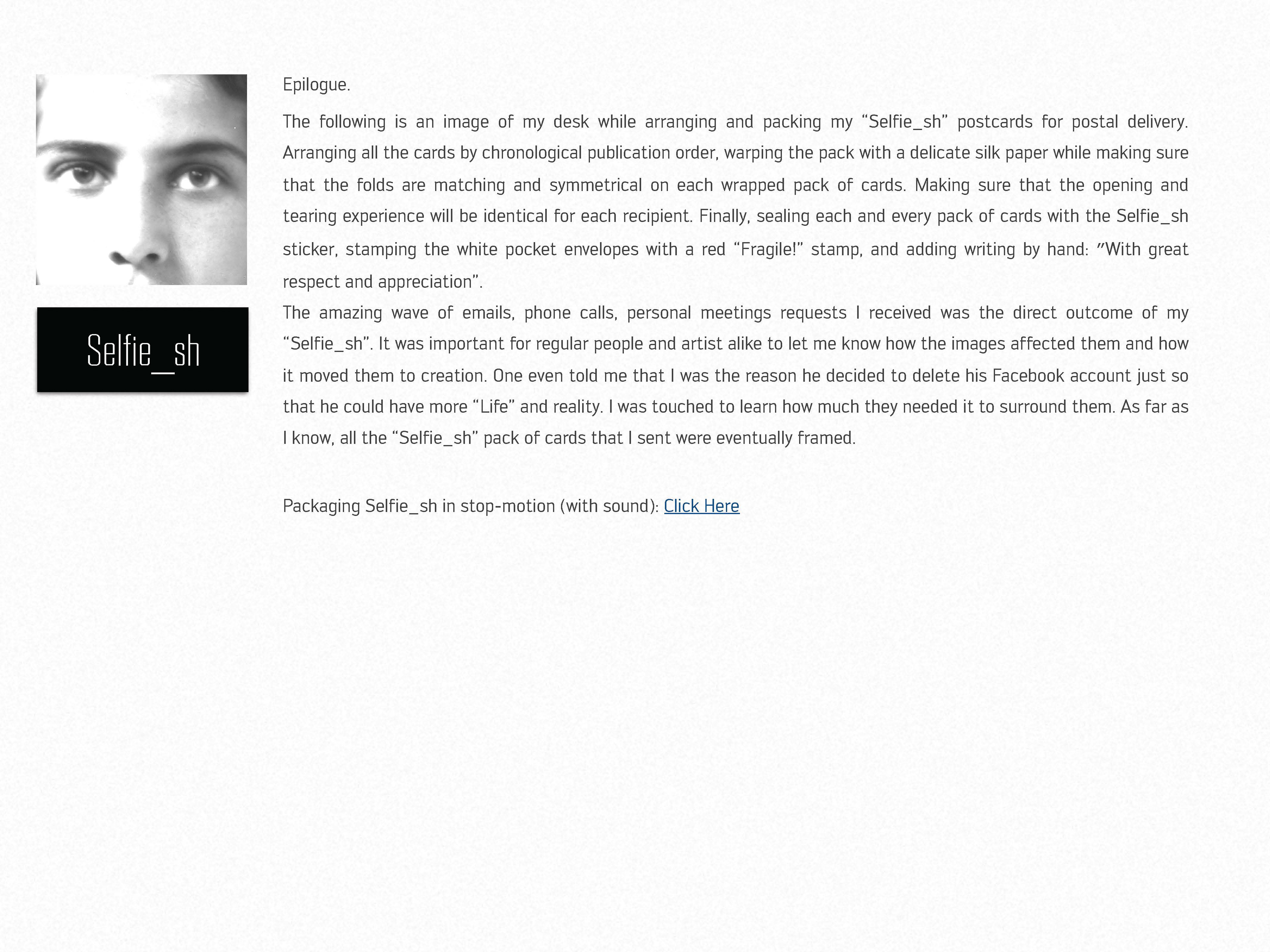 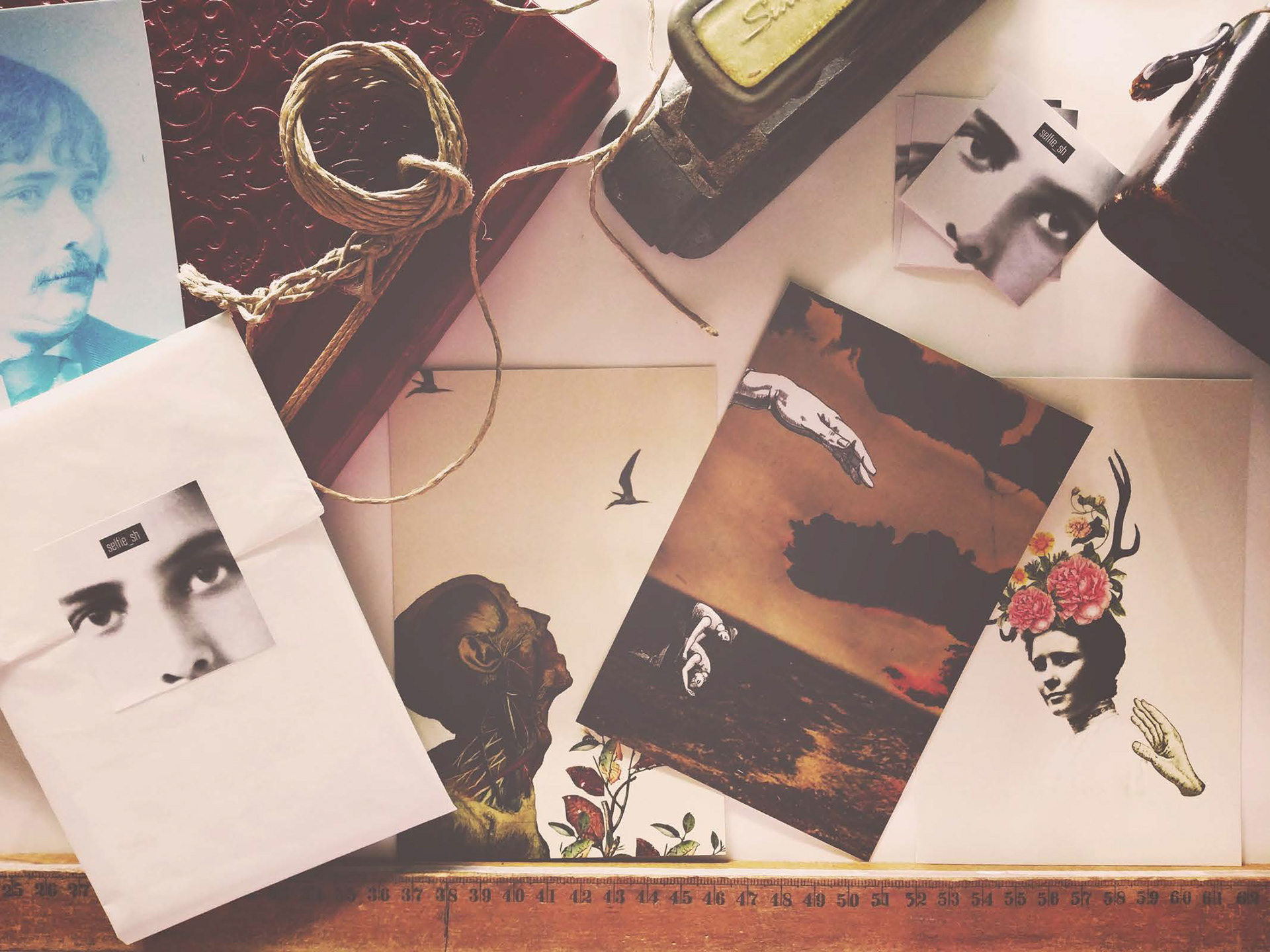 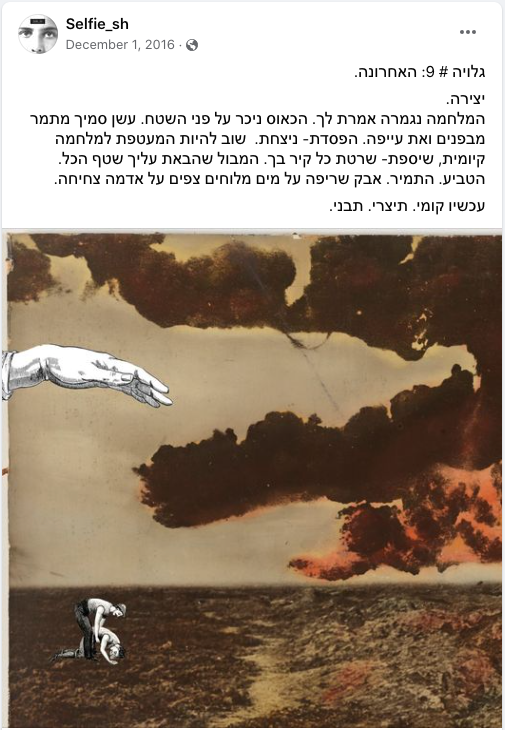 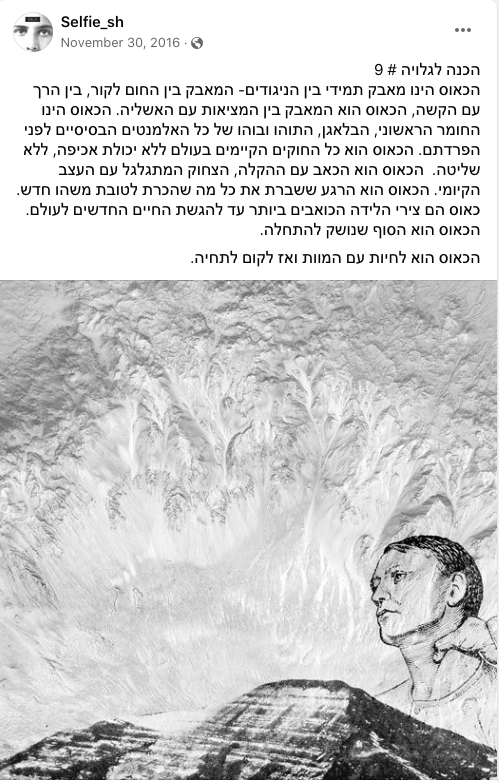 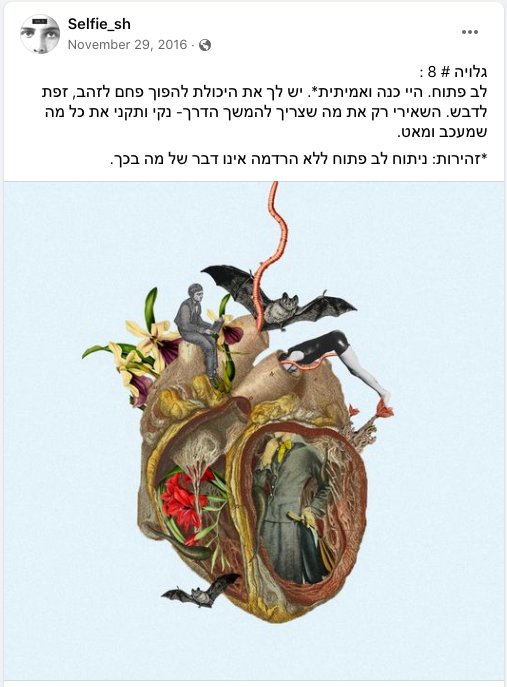 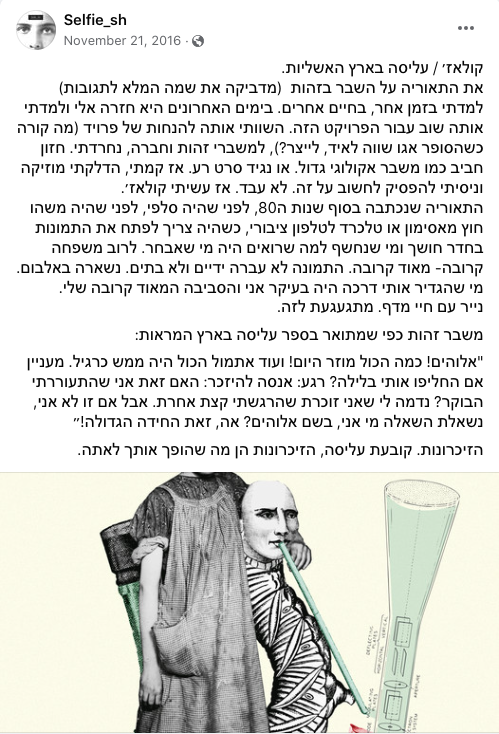 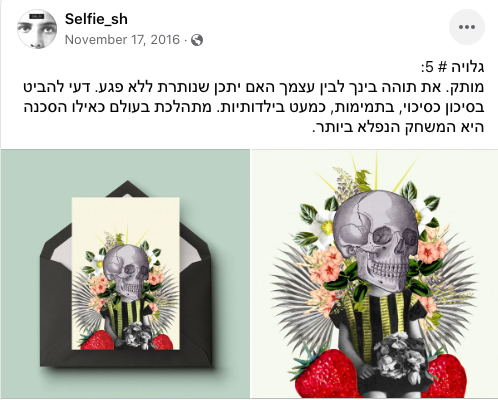 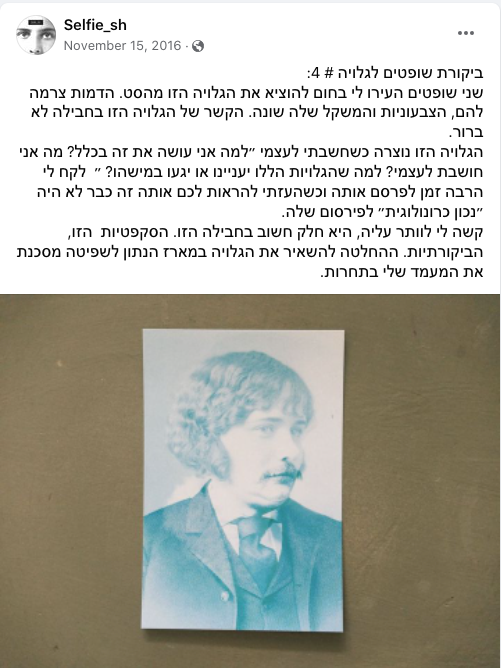 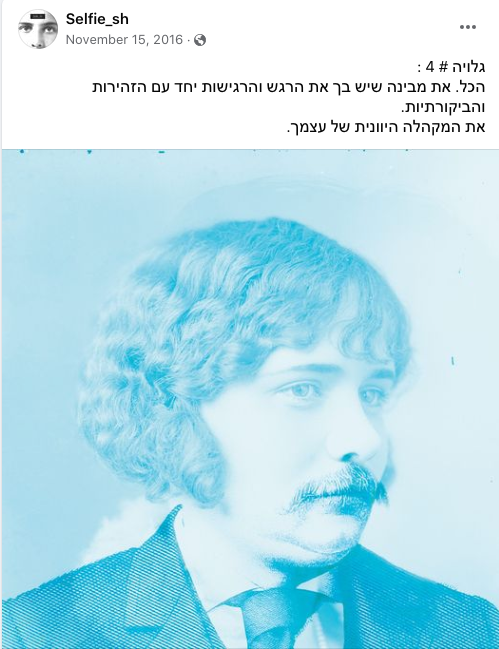 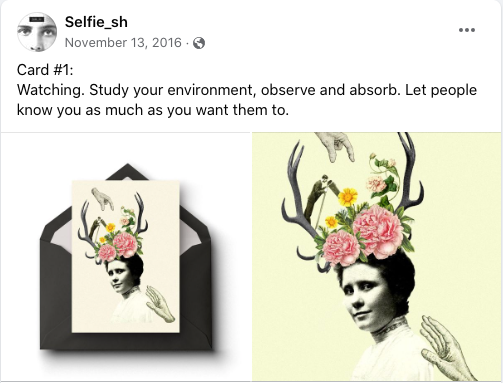 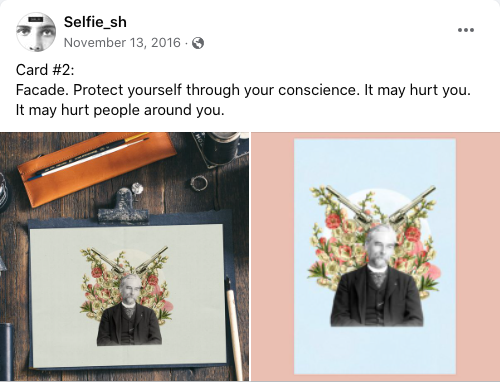 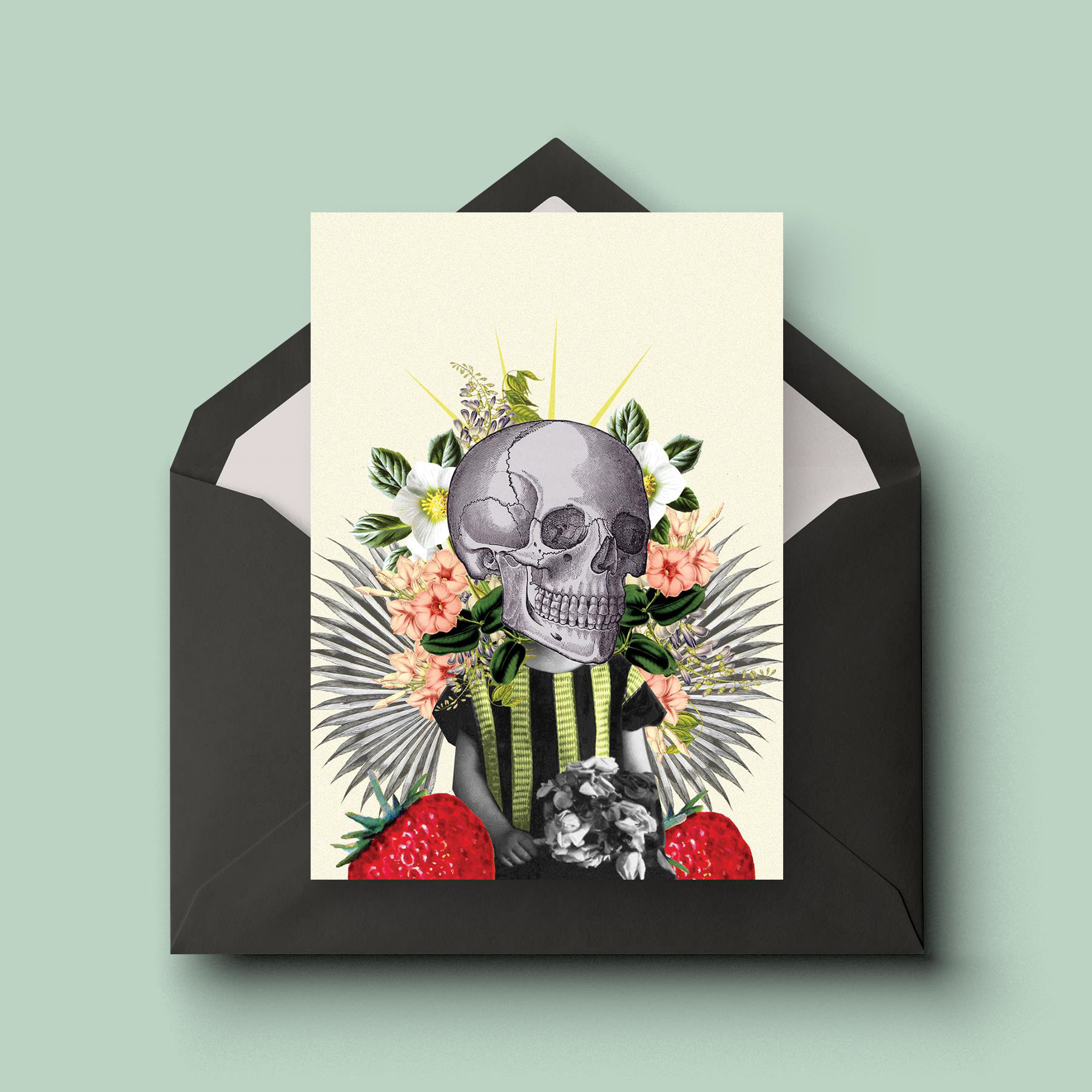